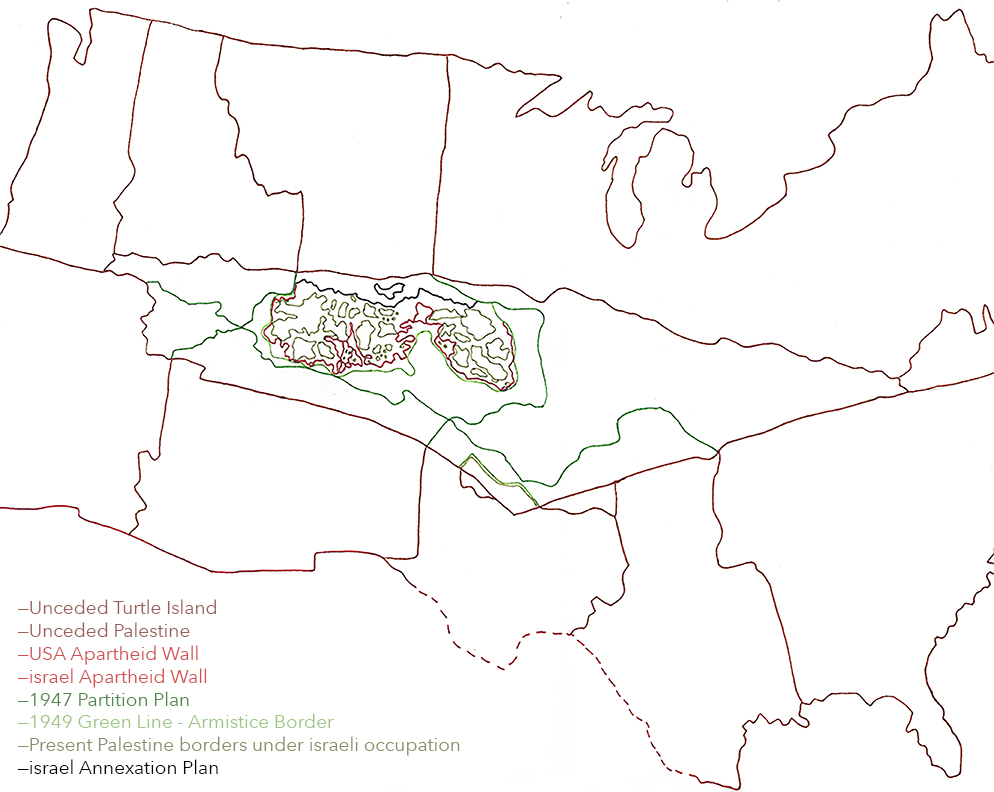 When assimilation is understood as a means for survival the imprint of erasure becomes a lifeline. The tension in the body eliminates any association with the comfort of a root—a tradition—a culture—a language. Through the generations things are not only hidden but completely erased. We do it as a people because we believe that is the only way we can survive; we do it as a people to protect our young ones, to become one with the dominant culture. Assimilation takes away the knowing of home one has in their own body, it creates a need to find a material home away from the body knowing. Jews exploit Black people to assimilate into white America, Jews exploit Palestinian people to assimilate into white israel. israeli jews’ standard of beauty became one with their oppressor’s standard of superiority; aryan—blonde—blue—white. Adding to that the brainwashing and conditioning of the imperialistic North American dominant culture has quickened the deepening of white supremacy into the israeli culture. The root of the word justice in Hebrew also means being right; zedek צדק. When was the moment when assimilation interfered so severely with our fight for justice that we settled on revenge? The moment we became the oppressor because we lost the sense of home in our bodies, we lost the root of our fight for justice. A material home in a capitalist, racist, patriarchal, able society demands to be defended by force. If the white race was invented to justify the enslavement of Black people, what did the invention of an israeli identity justify?